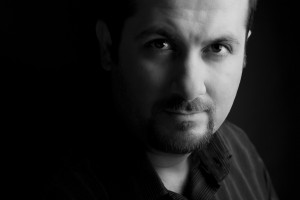 Growing up in France, a country that reveres art, and influenced by an artist Mother and an engineer Father, ignited my creative spark and a curiosity to understand how things are fabricated.

Both art and design heavily influenced the way in which I grew up and understood my surroundings.

A later move to Canada, where I studied interior design and art at OCAD, created a shift in my perspective, as this new culture seemed more focused on function rather than on art. I entered the corporate world of interior design, feeding my creativity by designing spaces and building sculptural furniture. Ultimately, my sense of art and design stems from the classical sensibilities of French architecture along with North America’s modern culture.

Whether through painting, sculpture, metalwork, wood-working, or photography, my work is influenced by the psychology of human behavior and the incorruptible essence of the natural world.